Have you ever wondered whether animals could go vegan or not? What would happen if they do? You need not rack your brains any further as the case has already happened to a Weimaraner, and the findings have been clearly documented by in Imgur user.

“HELP!!! I came home to find that my dog had eaten a whole package of vegan soy sausages!” she wrote. “I don’t know if it’s gonna make her sick or not.”

When she found that her pet ate Tofurky, a vegan sausage which was not originally part of the dog’s meal plan, she was in fright. This had never happened before, and she had no idea how it would affect her dog. The owner’s fear grew worse when the dog started to do strange things. Minutes after the dog digested the vegan food, she decided to put on a hat. Later on, she became despondent. Suddenly, she tried to match the hat with converse shoes and requested for a vinyl record to be played.

But that’s not all! She grabbed a book and started reading. Then, she put it down and asked for green dragon craft ale and probiotic froyo before she engaged in barking at Capitalist pigs. The owner had to calm her down and explain she couldn’t really vote because the right to suffrage was not extended to animals yet. 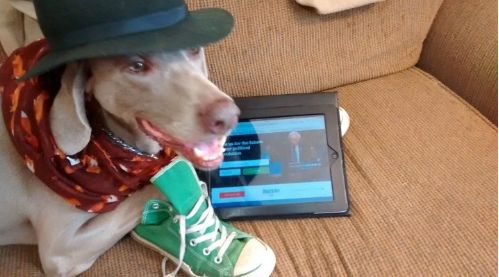 There’s no doubt that this new vegan dog had turned hipster! Even so, people still love her for who she is because vegan dogs deserve all the love and acceptance they need.