A Zookeeper Used Pokemon Go to Get Patrons’ Attention

Whether you are a Pokemon Go fan or not, you can’t deny that the game has made a huge impact. You may have read news about the many ridiculous things fans have done in the name of fun, but have you ever heard about how the game was used for a good cause? Well, a zookeeper did exactly that; she used Pokemon Go to make visitors pay more attention to zoo animals.

A zookeeper in Birmingham, Alabama noticed that most visitors of their zoo are preoccupied with their phones. Why? They were all trying to catch Pokemons, of course. This had been a common sight in the area because the zoo housed a lot of Pokestops. Meanwhile, the animals in the zoo were completely ignored. People had traded them for virtual pocket monsters, and they were treated like they were not even there. Saddened by the scene, the zookeeper decided to embrace the game and came up with a brilliant idea of giving the place a Pokemon make-over. She created Pokemon-inspired cards for each zoo animal under her care and posted them on her Tumblr.

These are some of the Pokemon-inspired cards she made: 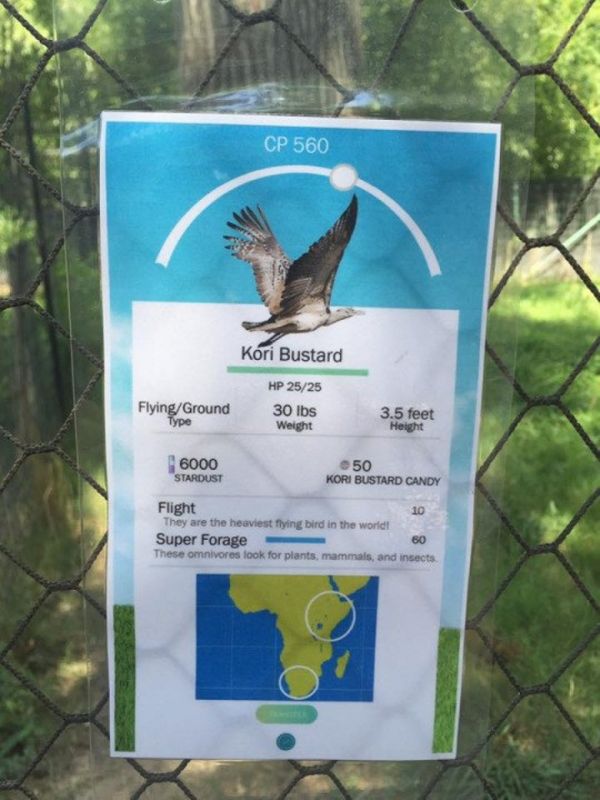 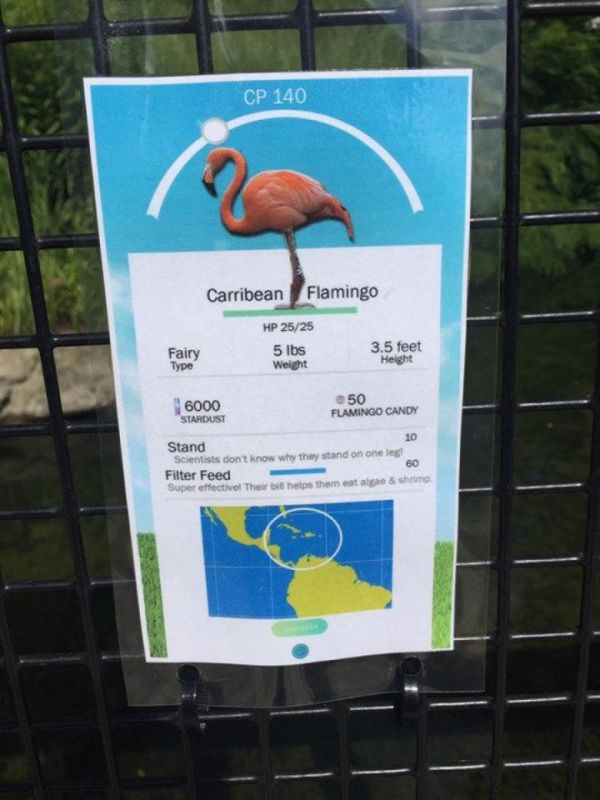 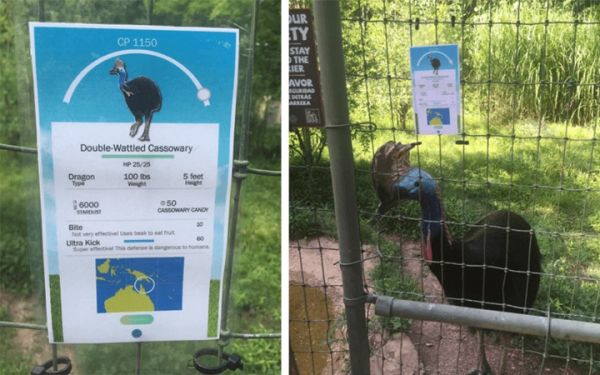 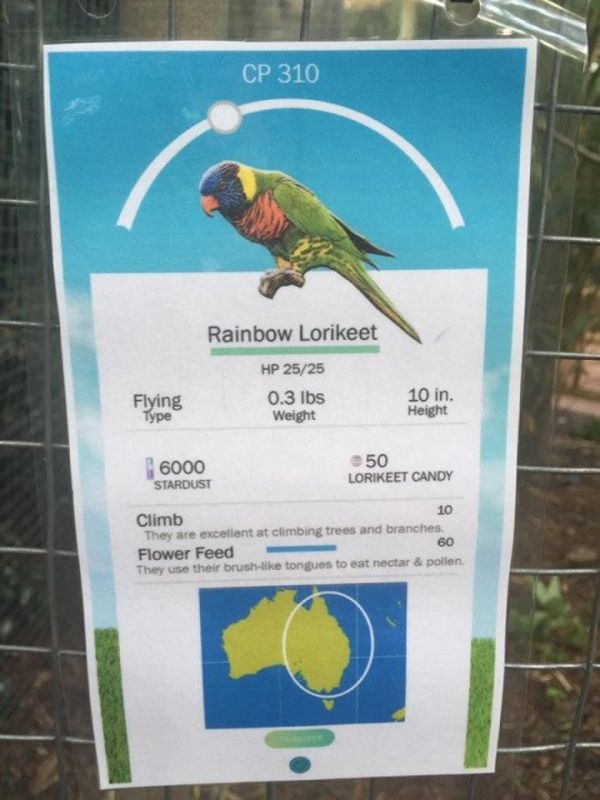 Clearly, she took her job with passion and wanted the visitors to take their eyes off their phone screens and focus on the real animals around them.

Now, visitors not only come to the zoo for its Pokestops but also to see the animals and their keeper’s Pokemon-inspired cards.