25 Of The Most Dangerous Animals

The world is full of surprises. It loves to trick people. It disguises danger within harmlessness, just like it disguises dangerous, deadly animals in cute, harmless creatures. Distinguishing innocent critters from vicious killers isn’t always easy. These 25 most dangerous animals in the world will make you want to lock yourself inside your room all day.

Every year, thousands of people around the globe die from scorpion stings. All scorpions generally possess a deadly and venomous sting, but this highly venomous creature, predominantly residing in the Middle East and North Africa, causes more than 75% of scorpion related deaths. 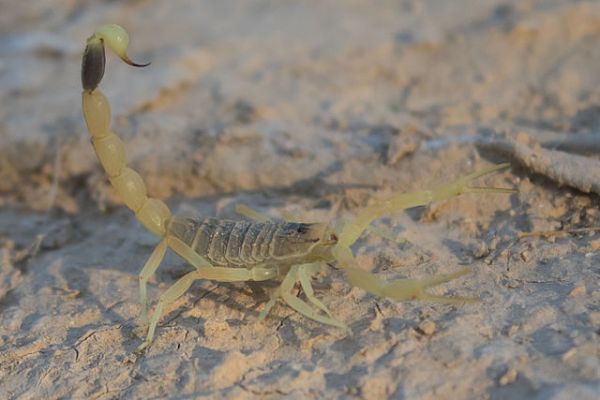 Infected adults usually only suffer unbearable pain, but children suffer fever, vomiting, convulsions, coma, and even paralysis until the venom triggers the inflammatory response and corrupts other organs and systems in the human body.

Africanized Honey Bees, also known as “killer bees” were originally just ordinary, less-dangerous honey bees until an accidental experiment during 1957 happened. The experiment was to interbreed European and African honey bees with the purpose of increasing honey production in Brazil.

However, a Brazilian bee keeper accidentally let 26 swarms get away. As hybrids, these bees have become even more aggressive. They have spread all over South and Central America and reached North America in 1985.

Rhinos generally have poor eyesight, but they have a sharp sense of smell and hearing. Deaths related to accidents with rhinos aren’t uncommon at all. Once they’ve sensed you, there’s no escaping. Rhinoceros run at approximately 40 miles per hour. Aside from their huge, intimidating size, they have sharp, hard horns that are equally dangerous.

Cone snails are one of the most dangerous among marine creatures. They are called “cone snails” because they have geometric cone-shaped shells. They use their needle-like modifiable tooth to paralyze their prey with their venomous stings. Some also call them “cigarette snails” as their venom effects as fast as smoking a cigarette.

This ugly marine creature calmly hides with camouflage, while waiting for a prey to swim by. Its camouflage is matched with its speed. The Stonefish targets its prey from a few centimeters away and captures it in less than .015 seconds. Currently, it is said to be the most venomous fish in the world. Its sharp, stone-like spines are venomous. It is even fatal to humans; just stepping on it can kill you.

Contrary  to popular belief, Great White Sharks aren’t really man-eaters at all. The truth is they don’t actually eat boney creatures like humans. This is evident in how they leave a bloody human body after a few bites. They often have a hard time distinguishing what is edible from what isn’t. That doesn’t make you any safer, though. They devour boats, surfboards, humans and basically anything that floats. Perhaps it’s their way of making sure they don’t miss anything.

The Black Mamba doesn’t actually take its name from its outer scales, but from the inner part of its inky black mouth. It is known to be the longest venomous snake in Africa and is among the fastest snakes around the world. One of the much-feared creatures on Earth, some even call it “death incarnate”, which somehow matches its “coffin-shaped” head.

These creatures have never been domesticated by humans. They are known to be dangerous because of their very unpredictable and aggressive behavior. Every year, over 200 people get killed and gored by this highly unpredictable animal. Its powerful horns, referred to as “boss” are like, well, a boss. The bases of these horns are fused, forming a continuous, powerful mustache-shaped bone shield.

Poison dart frogs, previously known as arrow frogs, are called such because of the indigenous use of their venom secretions to poison the tip of a dart. However, only a few of these species are used for this purpose. Since the levels of toxicity vary among this frog species, there is no saying that one frog is safer than the other. Some poison dart frogs are less toxic, while others have excessive secretions of venom on their skin. That makes them extremely dangerous. You can’t even touch them. Well, you can, but you’ll die.

Like Great White Sharks, Polar Bears also eat just about everything in sight. Though they usually don’t kill humans, there’s no telling they won’t enjoy eating you since they love meat. Even other polar bears aren’t an exception in their diet. The only reason why there are fewer human kill cases is, perhaps, because of their limited interaction. 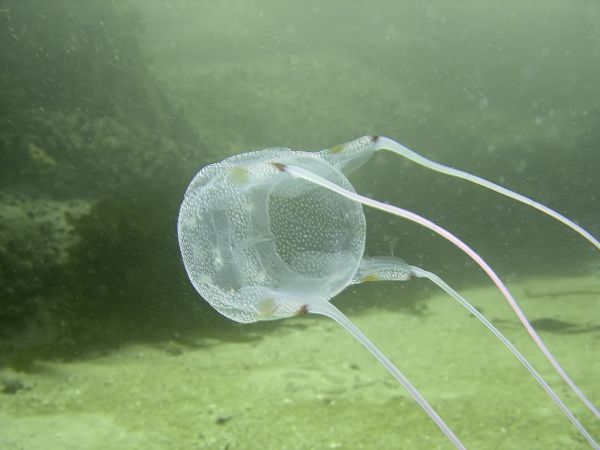 This is a creature that kills more often than snakes, crocodiles, and sharks. Having been labeled as the “world’s most venomous animal”, these creatures have an extremely venomous effect in the human body. Although some box jellyfish stings only result in itching and mild pain, in some cases they can be fatal for humans. 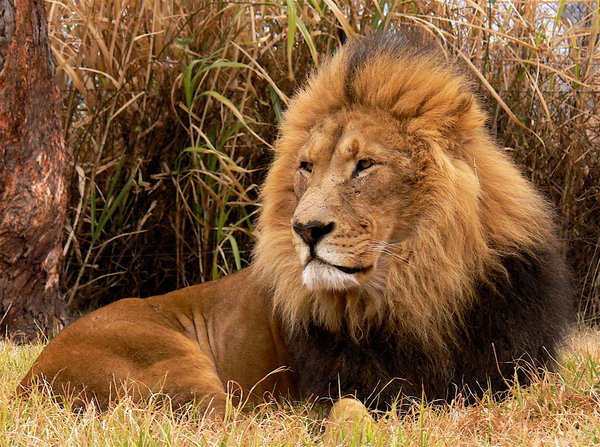 Although humans aren’t part of their menu, human meat doesn’t taste bad at all. Some lions actually prefer humans as their meal. One popular case was the Tsavo man-eaters in 1898. This pair of brutal man-eating lions devoured 28 construction workers in Kenya over a period of more than 9 months.

Boomslangs have a reclusive behavior and usually prefer to flee from anything that is too large to consume. Their favorite foods are chameleon and other species of lizards. You still aren’t safe, though. Getting stung by their venom can mean death. Boomslang venom is hemotoxic. It hinders the process of blood clotting, so the victim will die as a result of both internal and external bleeding. Since the venom is slow-acting, the victim will have to suffer till the moment of death.

Puffer fish is considered to be the second most poisonous vertebrate animal in the world, next to the poison frog. Their skin and some internal organs like the liver contain tetrodotoxin, a highly poisonous type of toxin. 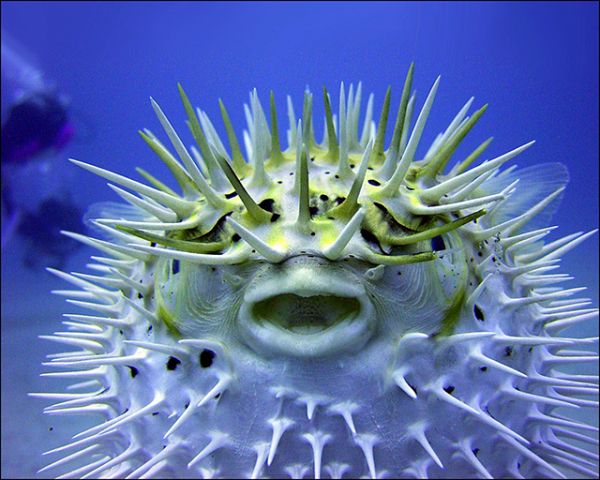 This specie, however, is a favorite delicacy in some countries like Japan and China. Of course, it is highly dangerous as it can cause internal paralysis and breathing problems. If you’re still willing to take the risk for this bizarre delicacy, make sure it is prepared by expert chefs. 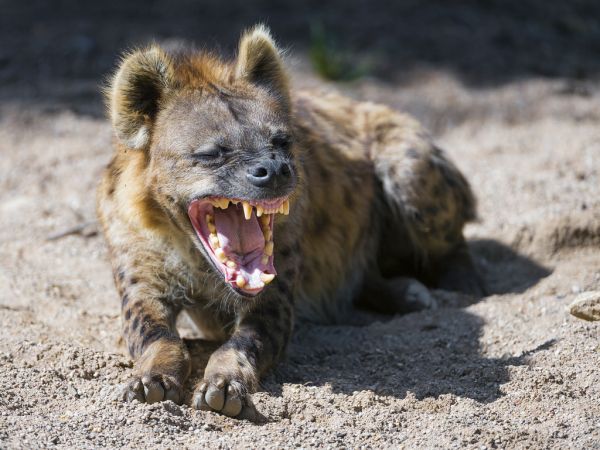 Though hyenas are thought to be cowardly scavengers, they become active once night falls. They’re nocturnal creatures that love to hunt their prey after the sun sets and until just before the sun rises. They share similarities with felines and canines, but they’re not domesticated at all. In fact, their longing for human prey has increased ever since wartime. 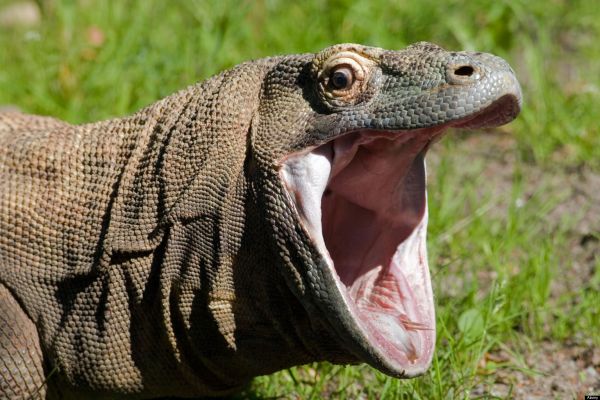 From birds to deer, Komodo Dragons literally eat everything – even humans! In fact, they are notorious for digging up dead bodies of humans from graves. Komodo Dragons are brutal hunters. After patiently waiting, a Komodo dragon charges forward to viciously rip its prey’s flesh until it bleeds out.

Another biological study recently claimed that they attack with venom. Two glands in their lower jaw secrete toxic proteins. Just like Polar Bears, Komodo dragons seldom kill humans because of their limited interaction. It’s a really good thing they only need to eat once a month.

The African Sleeping Sickness has killed more than half a million people each year. Based on extensive studies, it has been determined that these large blood sucking flies are the ones responsible.

Those who have watched Discovery Channel know how dangerous, brutal, and let’s say, selfish, these creatures are. Leopards are dangerous because they’re naturally strong and brutal, as they have their own unique ways of killing preys, and selfish because they love to own everything of its prey. In fact, a leopard will even drag its prey up a tree so that others can’t reach it. 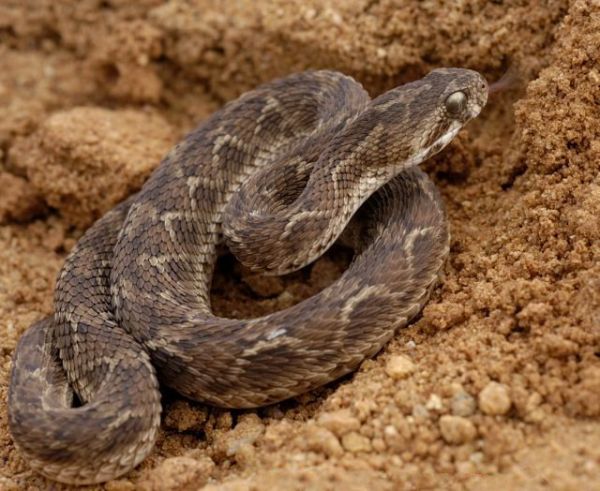 The Carpet Viper shares a lot of similarities with a Boomslang, except the physical characteristics, of course. It releases hemotoxin, a type of venom similar to that of a Boomslang.

Their attacks, however, differ. The Carpet Viper bites on several crucial areas, making primary remedies difficult to achieve. Another unique characteristic of this creature is that it makes “sizzling” warning sounds by rubbing its body together. Now that’s a relief, isn’t it? At least you’ll be warned when it gets close.

The Brazilian Wandering Spider is considered the world’s most venomous spider. Apparent from the name itself, it likes to wander. These spiders often love to hide in densely populated areas beyond the wilderness or even around the house. So when you see a little spider hiding somewhere inside your car, don’t take it too lightly. It might be a wandering spider.

Despite its small size of 5 to 8 inches, the Blue Ringed Octopus has venom that is powerful enough to kill more than 26 adults. Regardless of how healthy and fully grown one is, escaping death will be hard once you get stung because there is, in fact, no antidote for its deadly venom. The victim will suffer paralysis, difficulty in breathing, and other complications.

Hippos are herbivores, so they really have no interest in humans in the first place, but they can get wild and aggressive even without provocation. As the heaviest artiodactyl and the third largest land mammal, they have become one of the most dangerous animals in Africa and some other parts of the world.

Saltwater Crocodiles, also known as sea-going crocodiles, are opportunistic and hyper carnivorous predators. They are experts at killing almost any type of prey in sight – may it be a buffalo or a shark.

With their “death roll” killing technique, they can bring down just about any prey they choose. They consider anything that enters their territory a predator. That, of course, includes humans. Be careful around mangrove swamps, lagoons, and other fresh and seawater areas. Those are their territories.

Known as the world’s largest extant terrestrial animal, elephants can be violently aggressive. It’s true that they can be domesticated, but African Elephants are different. They live in the wild with little to zero interaction with humans. So, it’s only natural for them to destroy an entire village once in a while. For us, of course, it’s traumatizing and unforgivable. 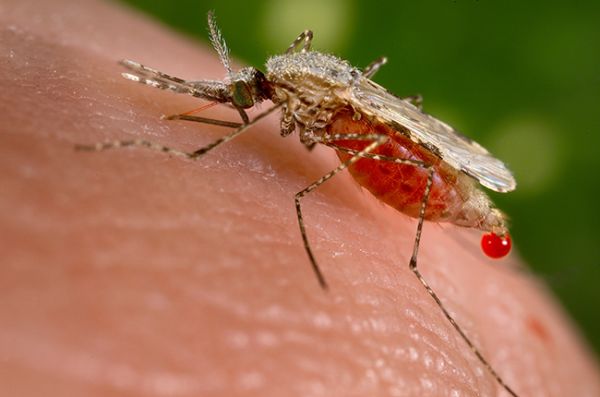 Isn’t it surprising how one of the world’s smallest creatures can be the most dangerous of them all? As mosquitoes suck blood from different species, they transmit various deadly diseases like malaria, dengue fever, yellow fever, and other Arboviruses.

It would have been okay as long as you only had to scratch their itchy bites all day long, but to cause such diseases? Almost 700 million people suffer from mosquito-borne diseases worldwide and over a million result in death.