10 Recently Discovered Spiders That Will Give You Goosebumps 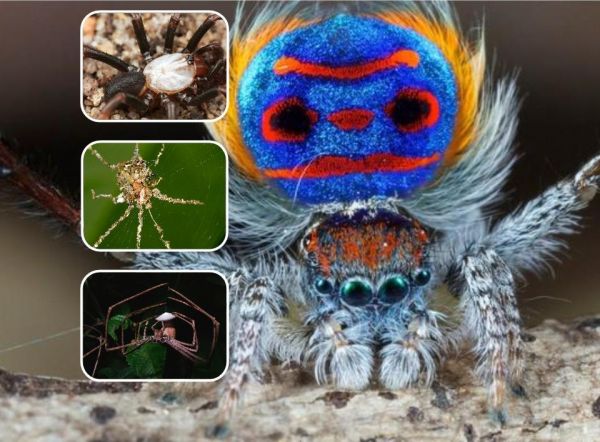 If you think those spiders are done creeping you out, you’re wrong. The spiders you’ve seen before are actually just a few from their clan, and they have now come with reinforcements – wilder and creepier ones. It’s a good idea to read and find out more about these 10 petrifying spiders. Who knows, you might bump into one of them soon. 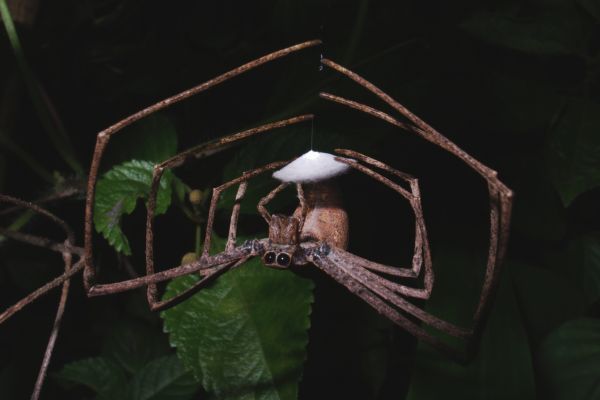 Who wouldn’t freak out after seeing this ogre-faced spider? Its two large black eyes are as haunting as its large, long, spiky legs – which it uses to capture its prey. Besides its creepy face, its special ability to catch prey is pretty impressive and terrifying at the same time. Deinopis spiders are also known as net-casting spiders. They expertly twist and twirl their webs to make nets for their prey. 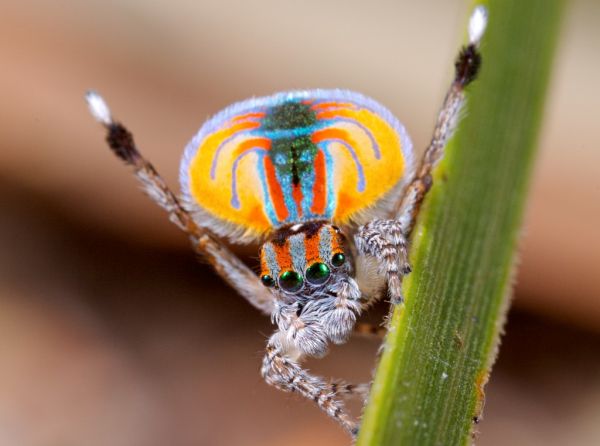 This species of peacock spider was discovered in Queensland, Australia just this year. The white and blue pigmentation across its dark body makes it unique from other types of spiders. In fact, the Skeletorus got its name from its colorful body structure. 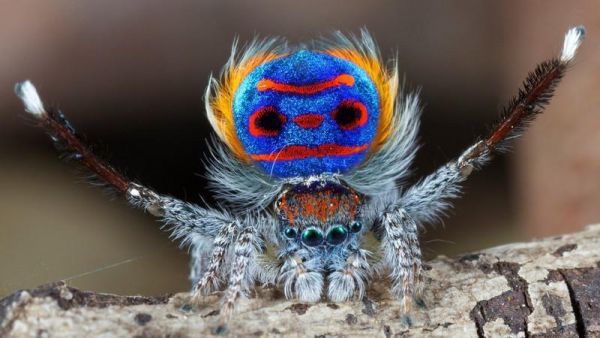 What’s more, Skeletorus and other species of male spiders perform distinct dance moves or mating rituals for female spiders. They attract females by lifting and waving their frontal arms and vibrating their abdomens. Awesome, isn’t it? 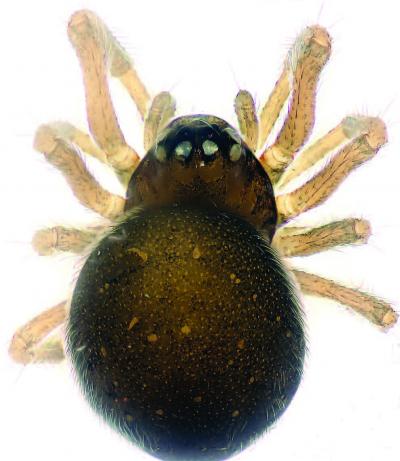 With its minute size of 0.75 millimeters long, the Mysmena Wawuensis is considered one of the tiniest spiders ever discovered. It’s actually three times smaller than a grain of rice! Its almost-microscopic size has made it even harder to locate and study. This also explains why it has only been discovered in 2013. This species of arachnids is found in the Wawu Mountain National Park in China, which is inhabited by many other endangered animals. 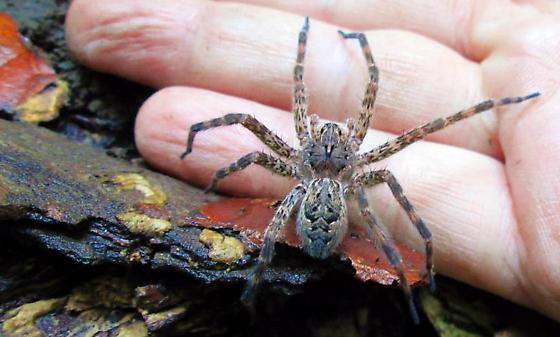 Dolomedes is another species of spiders also known as the fishing spider or raft spider. Most species of Dolomedes spiders are semi-aquatic, which means they can stay on land as well as in the water. 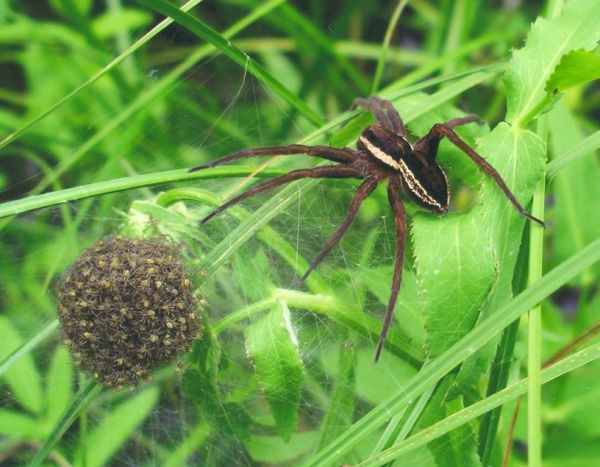 They are often found at the sides of streams or pools, waiting for their favorite prey. Once they’ve detected their target on the surface (which is usually insects), they quickly run towards the surface of the water to catch it using their legs and small, sharp claws. The Dolomedes can also inject venom with its flat jaw. 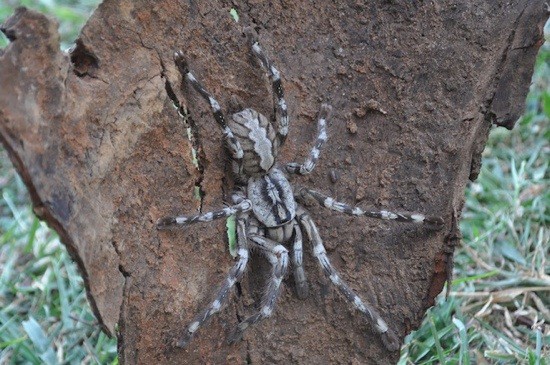 What’s the size of the biggest spider you’ve ever seen? It freaked you out, didn’t it? Well, the Indian Tiger Spider can probably terrify you more than any other spider ever will. 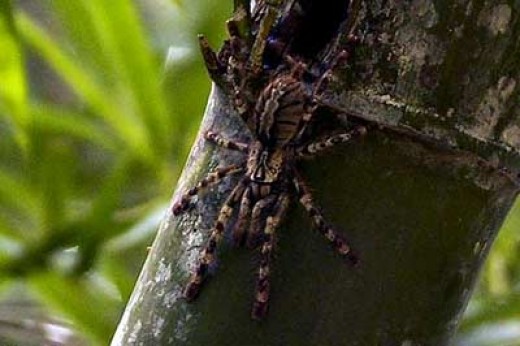 This new species of spider discovered in Sri Lanka in 2009 can grow up to 8 inches long. Like most species of spiders, this beast-sized spider is also venomous. But don’t worry; it can only kill lizards, small rodents, and some small birds. 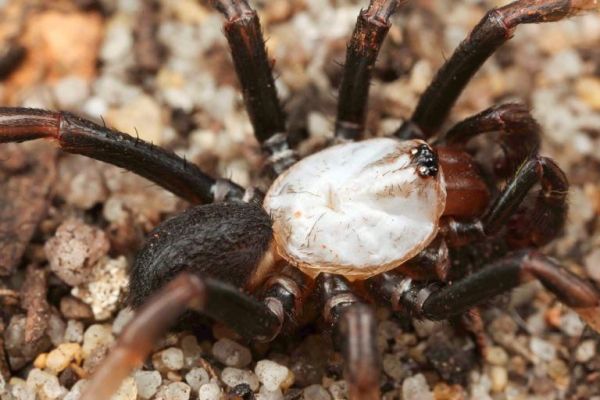 This species of spider recently found in Western Australia in 2011 is one of the rarest. Albinism is already considered unique in spiders compared to other animals, but this spider’s albinism is different. It has partial albinism since only the head is white. Although many zoologists from all over the world are eager to know more about this creature, only a few studies have been completed. In fact, it doesn’t even have a name yet. 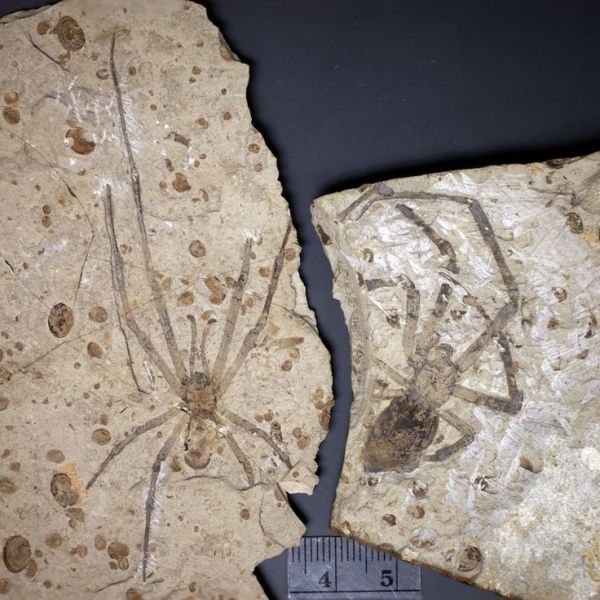 This species of spider has been extinct for millions of years, but its fossil has been discovered in 2011. It measures 24.6 millimeters long, which makes it the largest spider fossil discovered in recent times. Its name Mongolarachne Jurassica translates to “Mongolia spider.” 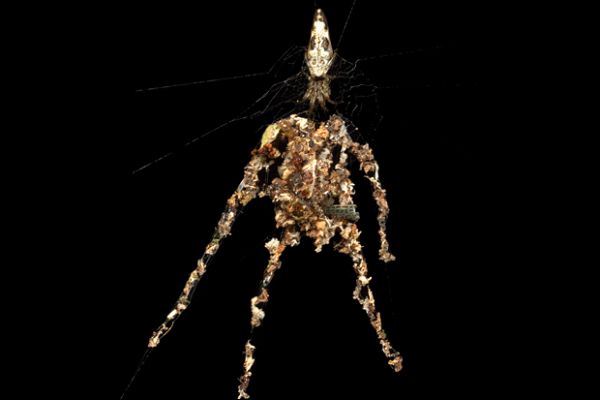 Another spider was discovered in Amazon in 2012. This species of spider can be considered one of the cleverest critters. Knowing the jungle, every place is full of prey and predators and this clever spider, known as the Decoy-Building spider, is always ready for action. 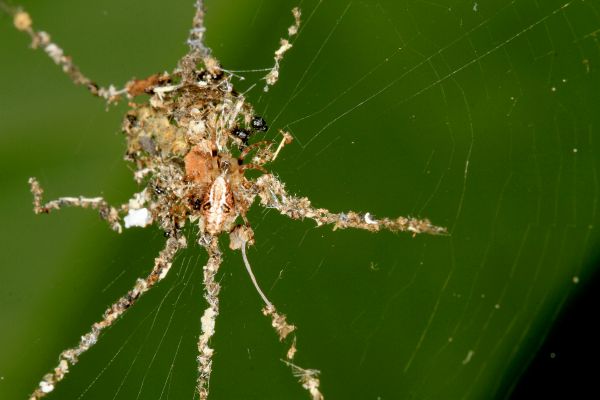 It might not be as strong and venomous as other creatures, but it has wits. Using only some debris, leaves and dead insect carcass, the Decoy-Building Spider can build a decoy. What is it for, you ask? After completing the craft, this clever spider will hide inside the decoy so that other animals will see it as a mere carcass. This is its way of protecting itself from the wilderness. 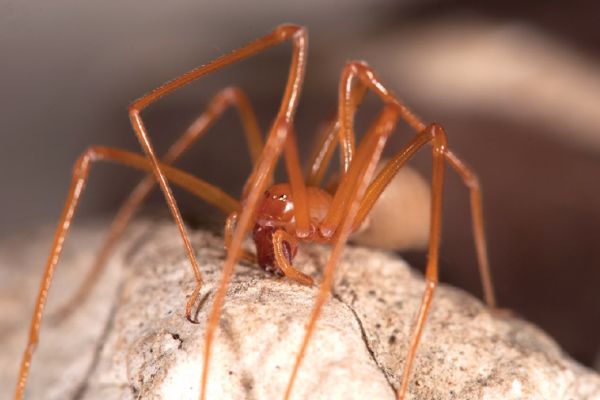 It’s really amazing how spiders can survive in just about any place, just like this guy right here. In 2012, the Trogloraptor was discovered living in a cave in Oregon. 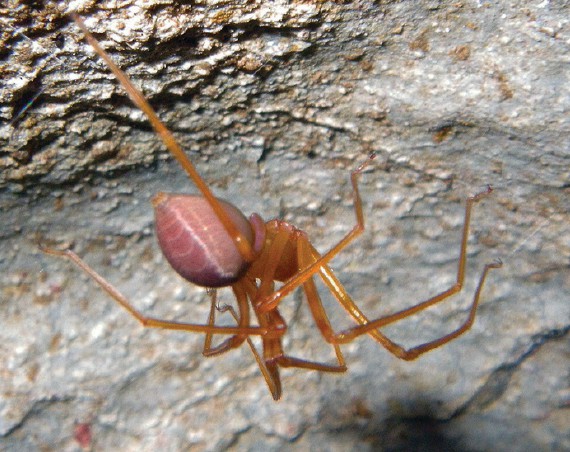 This spider has special saw-like talons on each of its arms. The Trogloraptor uses them to move along the ceiling of the cave. Like some of the other newly discovered spiders listed here, we only know a little about Trogloraptors. We don’t even know what they eat, yet. 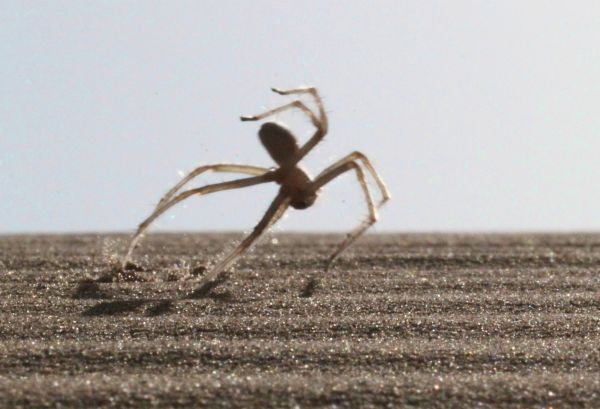 Have you ever heard of acrobatic spiders? If you haven’t, now’s the time. This new species of spider, discovered in Moroccan sand dunes in 2014, can do some amazing acrobatic tricks. According to Ingo Rechenberg, the German scientist who discovered this critter, the Moroccan Flic-Flac Spider can become even more aggressive when provoked or threatened.